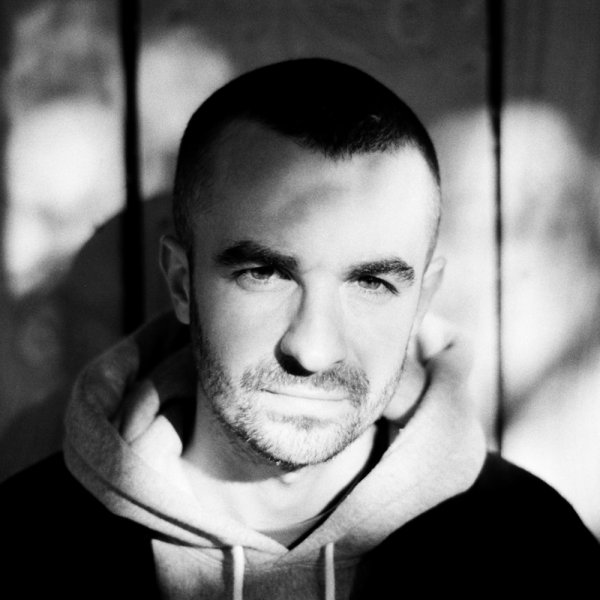 Joe Munday, a musician, producer and DJ from South London. Dampe brings a wealth of infleunce from across the world. Living in a richly diverse culture such as London, Dampe has never been short of ideas with his eclectic track selection on Rinse FM. He took some time to join our Q&A series:

Where did you grow up? What’s the creative culture like in your city?

I moved around the midlands as a kid, spent the teenage ‘growing up’ years in the South West/Devon but have lived in London longer than anywhere else now. Devon is a sick place to be a teenager, close to Bristol and Plymouth for music and going out but also lots of country and beaches to fuck about on.

Usually i’d say that London’s creative culture is immense, forever shifting and makes the fight that it is to live here 100% worthwhile. Its just like they say, there’s a million overlapping communities, scenes and lots to get excited about and overwhelmed by.

Covid is stifling all that at the moment and it’s bleak to see venues and communities on their knees. I think you learn a bit of resilience living here so hopefully it will bounce back although sadly there are people and places going under without support. Those first responsible dances back will be so, so good and hopefully make everyone appreciate and explore London’s culture, as well as support independent creative endeavour more.

What made you get into music, who were the people around you which influenced you?

My mum made me pick up an instrument because she was gutted she couldn’t play anything. Then getting to school you meet people who lend you music or turn you on to different sounds. It was pre-streaming, burning CDs and playing them in the car era. My friend Sami El-Enany burnt me a copy of Hail To The Thief and some Venetian  Snares I think – we actually released an album together this year. So those formative friendships are still really influential for me, who you party with, who you create with.

What were early experiences in music, did you start with playing instruments?

Yeah, started with guitar – Spanish fingerstyle, traditional folk tunes. Then played in questionable bands for years before taking music tech at college and spending all my time in the studio they had there. My parents were never musicians but they always had music on in their houses.

What made you decide to release music with Darker Than Wax?

I was programming a venue and we started doing a couple parties with the 4 To The Floor crew (s/o Kengo) who booked the DTW guys when they were over here one summer. We got to talking and bouncing some music back and forth. I hooked up with Marco when I was in NY last year and the rest just worked out slowly really. The label, crew and everyone involved is just great. I’m hugely grateful for the support and to be part of the family.

Describe your show on Rinse FM

I’ve been hosting a monthly show on Rinse for two years now. It’s mostly new, upfront dance music, house, techno, garage and everything in between. Ive done a couple downtempo and ambient shows during peak lockdown when my head just isn’t up for two hours of dance music. This year i want to switch it up a bit and start getting guests in for mixes as well as play older finds too. I think now I’ve made myself part of the furniture i can branch out a bit. Stoked to be on the station though – banging place and people.

Have a listen to his previous show from Decemeber:

If you weren’t making music, what would you be doing?

I literally have no idea. Music and sound design is the day job at the moment so i guess life would look very different. I like taking pictures on 35mm – is that a viable career?

Are there any artists in the UK we should be paying attention to?

Of course! Far too many to mention. Off the top of my head though:

2020 was Pa Salieu’s year for me, Coventry’s finest rapper – every project is so cold expecting massive things from him this year.

Ghetts continues to be the UK’s best MC imo

I always look out for Sheffield based Yak’s productions, deep, percussive club tracks on a couple great labels

How have you tried to change your approach going into your most recent record, in comparison to your previous EPs?

From the outside looking in I think the process and approach would appear very similar (me sitting at my synths for months on end, sometimes frustrated and sometimes serne) but to me they do all feel different and mark distinct people, moments in time, spaces and/or gear used.

More interestingly and importantly, this EP specifically had me questioning/thinking about sample culture a lot, the massive imbalance in the dance music industry/the world and appropriation in general – lessons i’ll be taking forward.

Describe your EP in three words

Make sure you check out his latest EP through singnapore based record label, Darker Than Wax. Titled, ‘Oil’, Dampé doesnt hold back in showing you his extensive sound design skills, you can purchase here.