Founded by Philippa Pacho and Luke Standing, who produces under the alias Blue Hour and runs a label by the same name, the platform will focus on progressive dance music and early club culture.

Its confirmed roster of artists include Rove Ranger, Lady Starlight, Blue Hour himself, LDS and Alpha Tracks, among others. Each release will be accompanied by artwork by contemporary visual artists such as Aaron Elvis Jupin, who designed the forthcoming compilation’s cover.

“Our visual concept is to bridge a connection between figurative imagery and the iconic ‘smiley,’ which has been widely adopted by rave culture,” the cofounders explained in a statement.

Listen to a preview of src001.

The legendary Dego is back next week with a new album, ‘The Negative Positive’.

It will be released on April 30 on vinyl and digitally via his own 2000black imprint which specialises in music from the African diaspora that crosses genre bounds.

‘The Negative Positive’ fuses techno, funk, boogie and more over its nine tracks, showcasing exactly why Dego is renowned as an innovator and boundary pusher. The album showcases two vocal features, firstly with Nadine Charles on ‘This Is A Message To You’, then with new 2000black signing Samii on ‘Recovered Memories’.

Listen to single ‘The Disclaimer’ below, and preorder the album here. 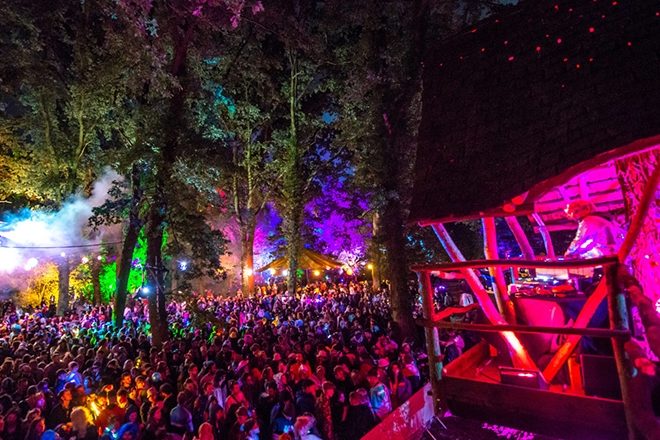 Large-scale live events will begin cancelling within days if the UK government does not agree to underwrite a protective insurance scheme, reports The Times.

The government has been warned by organisers that they will be forced to pull the plug on planned events if no security for covering costs in case of COVID-forced cancellation is offered.

According to insurance brokers, it would cost the state as little as £250 million to guarantee events such as festivals can plan to go ahead, and these could be worth billions to the UK economy if they do take place.

Music events organisations have been warning since the start of year that insurance will be necessary to prevent festival cancellations, with Glastonbury cancelling weeks later in January.

The UK music events industry received a major boost when festivals began selling out at record speeds and organisers were hopeful cancellation cover would be included in the recent Spring budget, but this was not forthcoming.

Julian Knight MP, chairman of the Commons digital, culture, media and sport committee, called the UK Treasury’s refusal to back such a scheme “inane”, adding that organisers “need the confidence to put plans in place and go ahead and lead to a summer of fun rather than a summer of none”.

Knight claimed there is “quite a lot of support” for an insurance scheme in government, but “it is the chancellor that has stopped it”.

He also revealed that the government had agreed to insure pilot test events planned to go ahead to test COVID-19 protocols, such as the two club nights planned to take place in Liverpool, which he said evidences a “market failure”, with insurers unwilling to provide COVID-induced cancellation insurance.

Paul Reed, CEO of the Association of Independent Festivals, said more than 90 per cent of its membership feels it cannot hold events this year without cover, and warned The Times events would begin being cancelled within days due to financial commitments needing to be confirmed far in advance.

Within hours of Reed’s comments, Northamptonshire’s Shambala Festival (pictured), which attracts around 15,000 attendees each year, cancelled for the second year running, with organisers stating that a “lack of government-backed insurance leaves us no choice”.

Jamie Njoku-Goodwin, chief executive of UK Music, said in a seminar hosted by the Let Live Thrive campaign that the “market failure is going to lead to a wave of cancellations”, adding: “It is also bad for the taxpayer. Lots of money has been spent supporting the sector. This is a way of getting away from government support. But the billions of pounds that could be generated for the economy will not happen.”

Culture Secretary Oliver Dowden MP said last month that when there is more certainty about reopening of large-scale events, “the more we can have discussions about the insurance point”.

Music festivals are set to return in the UK this summer but new research shows that issues surrounding gender equality still remain.

Research conducted by The Guardian found that out of 31 festivals, a majority were heavily weighted towards male performers.

Read this next: Are music festivals actually going to happen this year?

Analysis showed dance festival Creamfields featured a 91 per cent male line-up while Manchester-based Parklife was over 70 per cent.

Elsewhere, the Isle Of Wight Festival, which is set to be headlined by David Guetta, and three other male performers only offered a 27 per cent female line-up.

Maxie Gedge, UK project manager of music industry initiative Keychange, said: “It’s totally unacceptable that after a year of turmoil, women and minorities are being excluded from this return to live.

“We usually stay on the positive side instead of calling people out, but we’re getting tired. It’s not an accident any more, it’s a statement of exclusion.

“The fact that this keeps happening shows that there are certain festivals that just aren’t taking responsibility, or they’re not viewing it as their responsibility when, in actuality, it’s everyone’s.”

Keychange is the PRS Foundation’s initiative encouraging festivals to commit to lineups that are 50 per cent women and gender minorities by 2022.

Read this here: Ministry of sound to focus on homgrown talent

Other festival line-ups such as We Out Here are over 60 per cent male, while Reading & Leeds, Camp Bestival and Cross the Tracks ranges between 50-60 per cent.

Keychange highlights that diverse line-ups would refresh the talent pipeline and prevent events from becoming stale while enhancing their sustainability.

Gedge continued to tell The Guardian that exclusionary programming presents a negative message to attendees as well as society as a whole, especially as women, gender minorities and women of colour had been affected more by the pandemic.

“It’s really important that we take that very seriously and think about what we want the future of music to look like, and not what it did look like,” Gedge said.

The artist-curated mix series, Late Night Tales, is pleased to announce its next compilation, this time curated by multi-instrumentalist, vocalist and producer Jordan Rakei.

For Rakei’s Late Night Tales, the first mix of the acclaimed series’ 20th year, the 28-year-old modern soul icon effortlessly stamps his own jazz and hip-hop driven sound all over this gorgeous array of handpicked tracks.

A beautifully layered blend that is mirrored in the music he’s made, it comes as no surprise that such a supremely gifted songwriter should deliver a mix that is all about the song.

“I wanted to try and showcase as many people as I knew on this mix,” says Rakei. “My idea of Late Night Tales was to distil a series of relaxing moments; the whole conceptual sonic of relaxation. So, I was trying to think of all the collaborators and friends that I knew, who’d recorded stuff with this horizontal vibe.

Plus, I was also trying to help my friends’ stuff get into the world. I know the story of Khruangbin blowing up after appearing on the series (in fact, I think that’s how I discovered them). So, the main idea was to create a certain atmosphere, but also to help some of my favourite collaborators and buddies to give their songs a little push out into the world. Hope you like it.”

Check it out below

Following the release of their album, Freedom Fables, a 9-piece afro-jazz group, Nubiyan Twist joined us on the radio show to discuss the album, and their journey. Now, it wasn’t all nine members of the group (the show would be way over an hour and a half) but we spoke with Pilo and Joe.

Be sure to follow Nubiyan Twist on their socials – @nubiyantwist
And head over to website to learn more – www.inspiredsound.ukJazzHip HopSoulfunk

Have a listen back below.

Anz is launching a label. Short for “otras mitades,” which means “other halves” in Spanish, OTMI will house some of the UK artist’s unpublished works and contributions from friends across the electronic music spectrum.

The first release, OTMI001, lands April 9th and will be available digitally and on vinyl. “I’ve always loved—’mi otra mitad de naranja,’ or ‘the other half of my orange,’ a way of describing a soulmate,” Anz wrote in an email. OTMI001 will be Anz’s first EP since last year’s RA-Recommended Loos And Twos on Hessle Audio.

Read more about that record and more in our recent Breaking Through feature with Anz.

Listen to “Unravel In The Designated Zone” below. 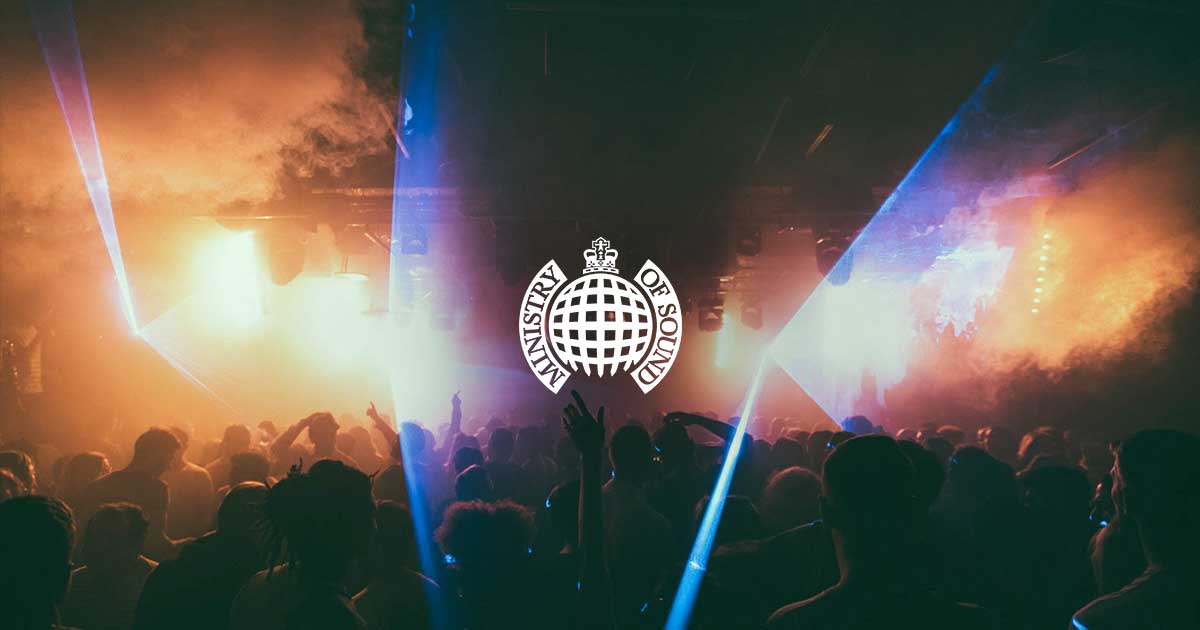 Ministry of Sound has announced six weeks of reopening parties.The series will kick off on June 25, running from 10pm to 6am every Friday and Saturday through to July 31.

On Instagram, Ministry of Sound wrote: “our opening six weeks of parties will celebrate the sounds of the UK with an extra emphasis on homegrown superstars.”

Its website adds: “We’ve come a long, long way together, and we can finally see the light at the end of the tunnel. Dust off your raving shoes, call your friends, cancel your Zoom subscription and let’s never speak of quizzes, banana bread or Joe Wicks ever again. It’s Summer 2021 and it’s time for a FUCKING PARTY.

“Line ups are being finalised as we speak and we’ll update you as soon as we can. For the moment all you need to know is: Friday 25th and Saturday 26th June, 10PM – 6AM, bring your crew, we’ll do the rest. Let’s have it!”

Tickets are on sale now and can be purchased from Ministry of Sound’s website. Early bird tickets are priced at £14.

Any ticket purchases will be eligible for a full refund or transferable to a later date if there is any delay on the government’s roadmap to easing lockdown restrictions which means the event cannot go ahead as unplanned.

Earlier this month Printworks announced plans to go “back to basics” for three reopening parties on September 17, 18 and 19, which will be “a pure celebration of club culture” with no line-ups announced in advance and a rule of no social media, no cameras and no distractions.

Read our guide to what nightclubs are opening here.

Romford based alternative RnB artist KeepVibesNear. Having turned heads with his haunting single ‘What U Need’ (which was included on the incredible The Silhouettes Project record), KVN now readies his touching new single ‘Gently’.

KVN explains : ‘Gently as a song represents the build up in an argument with your other half. That moment at the end of an argument when you give in to your care for the other person. You take a breath, put aside your ego. The turmoil in the verses compared to the make up in the chorus represent the balance in compromise.’

Listen to Gently below. 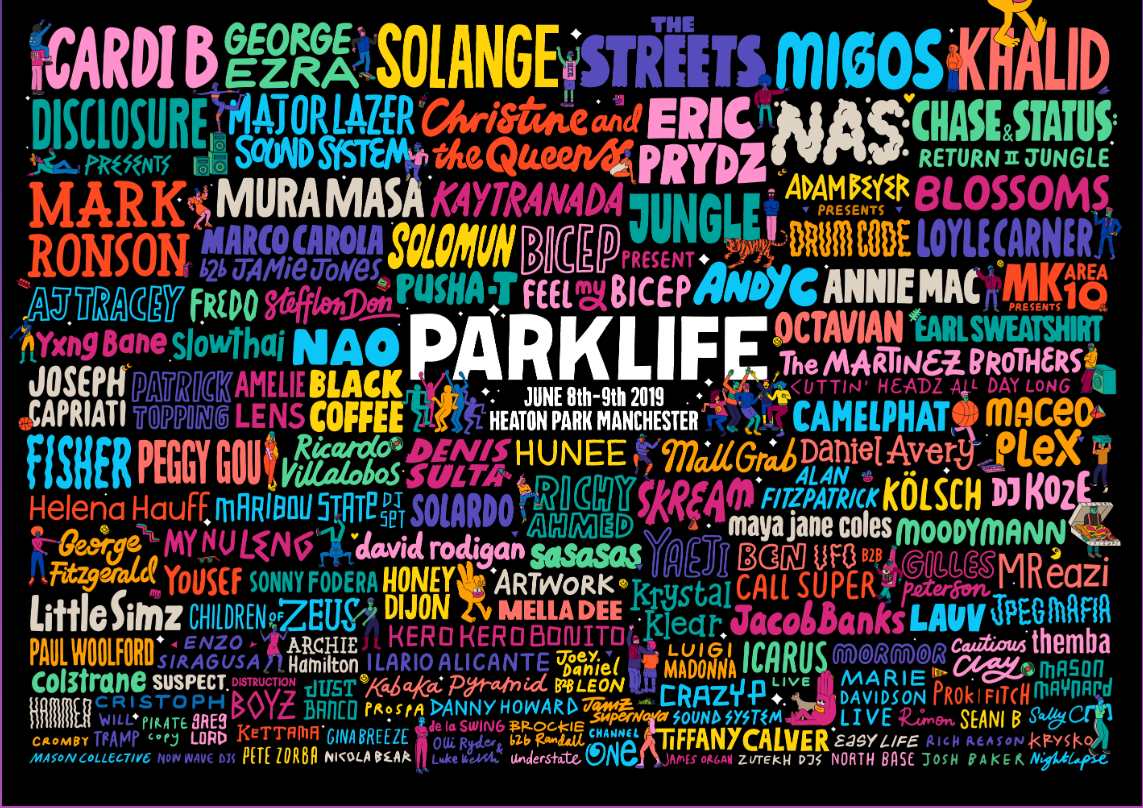 Parklife has announced its 2021 festival. The Manchester weekender will return to Heaton Park on the 11th and 12th of September.